Jeff Korte, encouraged in both painting and photography by his father, an art teacher, began taking photographs as a teenager. His experimentation with alternative photographic processes includes the construction and use of many types of lens-less (pinhole) cameras. 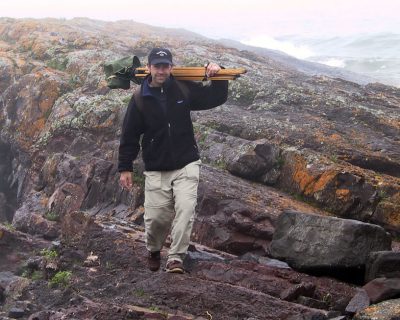 Jeff’s work has been published in the Open to Interpretation book series “Water’s Edge”, Black and White magazine, Minnesota Monthly, Pinhole Journal, and featured in the “Year in Black and White” calendar in the New Yorker magazine.

He is a past recipient of the Blacklock Nature Sanctuary Artist Fellowship, awarded an Isle Royale Artist in Residency and continues to conduct photography workshops. His work has been exhibited throughout the Midwest and West, and is held in private collections throughout the country.

“Korte is creating his own photographic survey of the vanishing wilderness, his unique photographs evoking both the endurance and fragility of nature — the vanishing point.”
– Excerpt from this story by Shawn O’Sullivan that appeared in Black and White magazine.